You are here: Home › What is a start/stop car battery?
By uppli@oapglobal.com on December 17, 2021 in Latest News

If you’re on the market for a new car battery, you might be feeling a little overwhelmed by all the options. Even more so if it’s been a while since you last bought a car battery. Among the latest in passenger vehicle battery technology is the start/stop car battery.

A start/stop car battery is specifically designed to meet the needs of modern passenger vehicles that use start/stop technology. 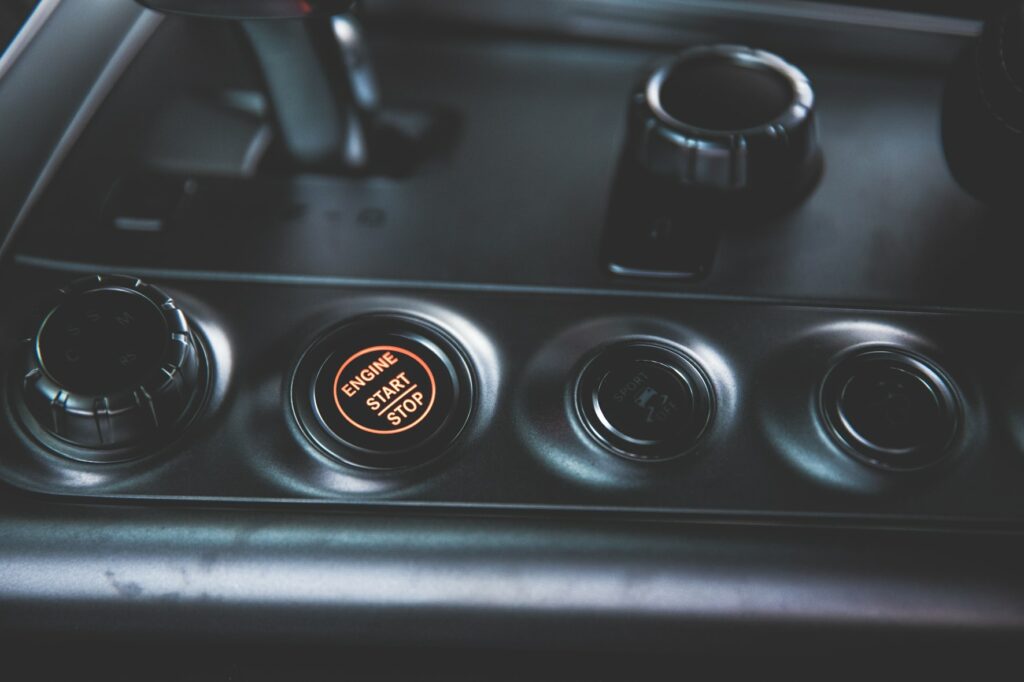 What is start/stop technology?

As the name suggests, Stop /Start (or Start/ Stop batteries, take your pick) is a system in newer car models that automatically starts and stops the car’s engine when the vehicle is stationary, then restarts it when the brake is disengaged (in cars with automatic transmission) or the clutch is actuated (in cars with manual transmission).

Stop /start batteries are designed to reduce the fuel usage and emissions whilst also saving on running costs. In a, standard car, the engine continues to run while the car is stopped (say at the traffic lights) and fuel is being used which increases running costs and Emission levels. In Stop /Start cars, the engine is stopped completely when not required, so no fuel is burned. Thanks to the cycling ability of Stop /Start batteries power is still available to run the car’s accessories, so you don’t have to stop listening to the radio or enjoying the AC.

In general, Stop /Start systems are estimated to produce 3-8% lower emissions and provide the same in greater fuel efficiency.

Why do I need a special battery for start/stop cars?

In a standard vehicle, starting the car is typically a one-off event in your journey. You’ll start the car at the beginning and keep it running until you arrive. Standard starting batteries are designed for this purpose. They discharge a large, short burst of power, then recharge using the car’s alternator over the course of your journey.

In a start/stop vehicle, the car will restart frequently. With a standard battery, this frequent restarting will require numerous large bursts of energy that would rapidly discharge the battery before the alternator can fully recharge it.

A start/stop battery has to endure a double load, meaning that it remains in use after the initial starting of your car. It will continue to power your ancillary systems like the radio, lights and air conditioning even when while the engine is stopped. Furthermore, it uses regenerative braking, which converts some of the car’s kinetic energy into electricity when you brake, helping to restore charge to the battery for the following restart. Due to some of the unique features of stop / start batteries they are able to recharge much faster than a conventional battery and also discharge to a much deeper state. These special features enable the battery to recover charge faster and utilize some of newer vehicle systems like regenerative braking and battery management Systems, all aimed at reducing vehicle emissions and increasing fuel efficiency.

What is an AGM start/stop battery?

AGM batteries are considered the most powerful start/stop batteries. They’re best suited for heavier or more demanding vehicles, rather than your everyday passenger car.

This technology was originally developed for military usage years ago, but has since found popularity in the passenger car battery market. AGM batteries are often required to keep up with the demands of hungry vehicle systems, gear shift indicators and advanced in-car technology. They are able to provide a deeper discharge without compromising the battery. AGM Start/Stop batteries combine cranking power with deep cycle ability to deliver the best hybrid battery solution for modern vehicles.

The benefits of AGM batteries

What is an enhanced flooded battery (EFB)?

The other kind of start/stop battery you might find is called an enhanced flooded battery (EFB). These batteries are essentially more modern, advanced versions of your standard car battery that are specifically designed to be suitable for start/stop vehicles. EFB batteries are wet-filled with electrolyte and similar to standard flooded batteries, however, there are technical differences that give these batteries enhanced cycling ability and improved charge acceptance.

The benefits of enhanced flooded batteries

In general, start/stop technology is becoming more popular as governments throughout the world create greater restrictions on CO2 equivalent emissions. Start/stop technology allows manufacturers to reduce the emissions of their vehicles, meet targets and work together towards a more stable, healthy global environment.

Which manufacturers use start/stop technology?

Today, most car manufacturers throughout the world at looking at start/stop technology and incorporating fuel economy systems in their latest models. In particular, Audi, BMW, Fiat and Volkswagen are known to promote the use of start/stop systems across Europe. More recently, American Ford vehicles have been equipped with automatic start/stop systems.

Whether you’re noticing early signs of failure, or you’re stranded and need a new battery now, Marshall is here to help. Holler for a Marshall on 1300 627 742 for metro 24/7 roadside assistance, or contact us online for a new battery quote. Or for your nearest store, visit our STORE LOCATOR to find your local battery expert.

View all posts by uppli@oapglobal.com →

How long should a car battery last?
What do a battery’s different specs mean?